A stroll through Porto

A longish walk from Casa da Musica to the Center of Porto.

Leaving the Metro station Casa da Música, you end up on a trafficy road in a normal looking part of Porto. A mixture of old and new houses are ligning the street, but it doesn’t look different than other parts of the city. (If you leave the metro station at the wrong end, you end up at a pretty ugly bus station, in this case turn 180° and go to the mentioned street). Only when you approach the Rotunda da Boavista you see an UFO lurking behind some old houses: the Casa da Música, which gave name to the metro station. As a strangely formed block from concrete and glass it dominates the space next to the roundabout.

Casa da Musica
Designed by Rem Kolhaas and Ellen van Loom, it was opened in 2005. It servces as concert hall for the symphonic orchestra of the city of Porto, but is also home of other orchestras. The futuristic interior is dominated by concrete and aluminum, but the foyers also feature traditional tiles, the Azulejos. The Casa da Música features a bar in the first floor and a restaurant in the top floor (7th). In its concert halls all kinds of music is performed, from classical music to pop or experimental avantgarde Electronica.

For the architecurally inclined daily tours are offered, in portuguese and english. Groups can book special tours.

Following the roundabout Rotunda da Boavista counterclockwise, you’ll see the first and oldest baptist church of portugal in the next section.

Cemitério da Agramonte
Moving on at the roundabout, you can see a cemetery at the end of the next street leaving the roundabout: the Cemitério da Agramonte. A short visit to the cemetery is recommended, here you can find the graves of well-known People from Porto (of which you probably haven’t heard as a non-local, except for Manuel de Oliveira, the famous movie director). The graves look pretty impressive, from neogothic chapels to grave houses in a mixture of Art-Deco and brutalistic architecture of the Salazar regime. Some graves are well kept, others close to falling apart. The cemetery has some private areas, which belong to religious orders of Porto.

Cemitério da Agramonte
After this short digression to the cemitery, we go back to the Rotunda da Boavista and follow the second street right (continuing counterclockwise), the Rua Julio Dinis. Along this road you find shops and a hospital, it is a ordinary street as in any big city of the worlds…

After walking about 20 minutes, you reach the end of Rua Julio Dinis and see a park in front of you, the Jardin do Palácio do Cristal. In this park the Palácio do Cristal was located, a building copying the Crystal Palace from London. Since 1951 a multi-use pavillion is located here, the Pavilhão Rosa Mota. It is used for exhibitions and concerts.

Capela do Senhor da Boa Nova
On the left side at the end of the Rua Julio Dinis, you find the Palácio das Terenas, one of the most beautiful city palaces from the 18th century. Today it is the home of the educational center of the diocese of Porto. Next to the palace, the Rua Boa Nova leaves. At the entrance of this road, you find the Capela do Senhor da Boa Nova, a church with a nice tiled façade. The church has a little detail: at the corner next to the road there is a stone with an inscription. This stone originally served as a base of a cross, which is found today in the Museu de Arte Sacra next to the cathedral. The cross was erected at the same site that now the chapel is located. It was a donation from a pilot, Pantaleão Gomes, who offered it from gratitude for being saved from a big storm in 1628. The inscription tells this story. The chapel was built in 1782, when the cross became a popular place of worship for the neighbouring areas.

When you follow the Rua da Boa Nova a few steps, you see on your left the Torre de Pedro Sem, a tower from the first half of the 14th century which was integrated into the Palacio das Terenas. The façade of this tower still remains some medieval aspects, even though changes were made in later centuries.

On the right side, the Rua do Miguel Bombarda branches, a street which is home of a lot of galleries and art shops. Along the street you can finde some interesting graffitis and street art.

Following the Rua de Adolfo Casais Monteiro in the direction of the Duoro, we hit the Rua Dom Manuel II. Turning left, you’ll encounter the Museu de Soares dos Reis. Besides changing special exhibitions and the sculptures of its name-giver, the museum features an interesting collection of paintings and vernacular art of the 19th and beginning 20th century.

Leaving the museum we continue shortly in the direction of the center of Porto, turning to the right in front of the Hospital Santo António, following the Rua Dr. Alberto Aires de Gouveia. At the end of this road, the Rua da Bandeirinha leads down in the direction of the river. We wollow this road to a small square, which has a nice view on the Douro and the opposite side with the port wine cellars of Vila Nova de Gaia. On the way to this square we already passed a beautiful gate, which belongs to the palace at this square, the Palacio da Sereias. The palace got its name from the meermaids at the side of the entrance.

At one corner of the square a strange stone pyramid is located, which has an armillar-sphere on top. This pyriamid – or to be more precise, a flag fixed on top of it – served as a sign for the ships: ships which were suspected to carry diseases were only allowed to sail the Douro up till this pyramide, where they had to stay in quarantine. Only when a physician visited the ship and determined it safe, the ship was allowed to continue.

Opposite of the palace entrance there is a steep staircase, which leads to the Praça da Alfandega. If you find it too steep, you can also follow the Rua da Bandeirinha and will end up at the same square.

Alfândega Nova
The view on the Douro is blocked at this square by a huge building from the 19th century, the Alfândega Nova. This building became necessary, when the old customs offices became too small. Until customs became less important due to Portugals entry in the EU, this building was the main customs office for all goods entering Portugal via the ports of Porto. In the 90ies it was remodelled by the Architect Eduardo Souto de Moura and turned into a congress centre. It also houses the Museu de Transportes e Communicações, which is interesting for car enthusiasts. The museum displays the development of the car by some exhibits, including the oldest car in Portugal. As a curiosity it also has a sports care, which was build in the beginning of the 1950ies by a portuguese car seller, who used it in various competions. Alsp on display are the cars of the portuguese presidents. The museum also features the history of the customes office, a special piece there is a violin, which was used to smuggle olive oil. The building itself is also worth a visit and can be entered in parts without an entrance fee.

Miragaia
Next to the Rua Nova da Alfandega the Rua de Miragaia lays on a lower level. Befor the construction of the Alfândega Nova this road was next to the beaches of the Douro with the many shipyards which ocnsructed the ships for Portugals colonial empire. Along the Rua de Miragaia you can still find the old houses with the typical arcades on the lower level. Till the mid of the 20th century, the big white building at the end of the road served as a storage room for the Real Companhia Velha, which was founded by the Marques de Pombal as a monopolist for selling wine from the Douro valley and the oporto wine.

We follow the Rua Nova da Alfândega along the old tram. At a parking lot on the opposite site, we turn left into the Rua do Comércio do Porto. A bit uphill we turn the second street to the right into the Rua da Bolsa. At the right, there is the Palacio da Bolsa, which we leave for a future stroll. 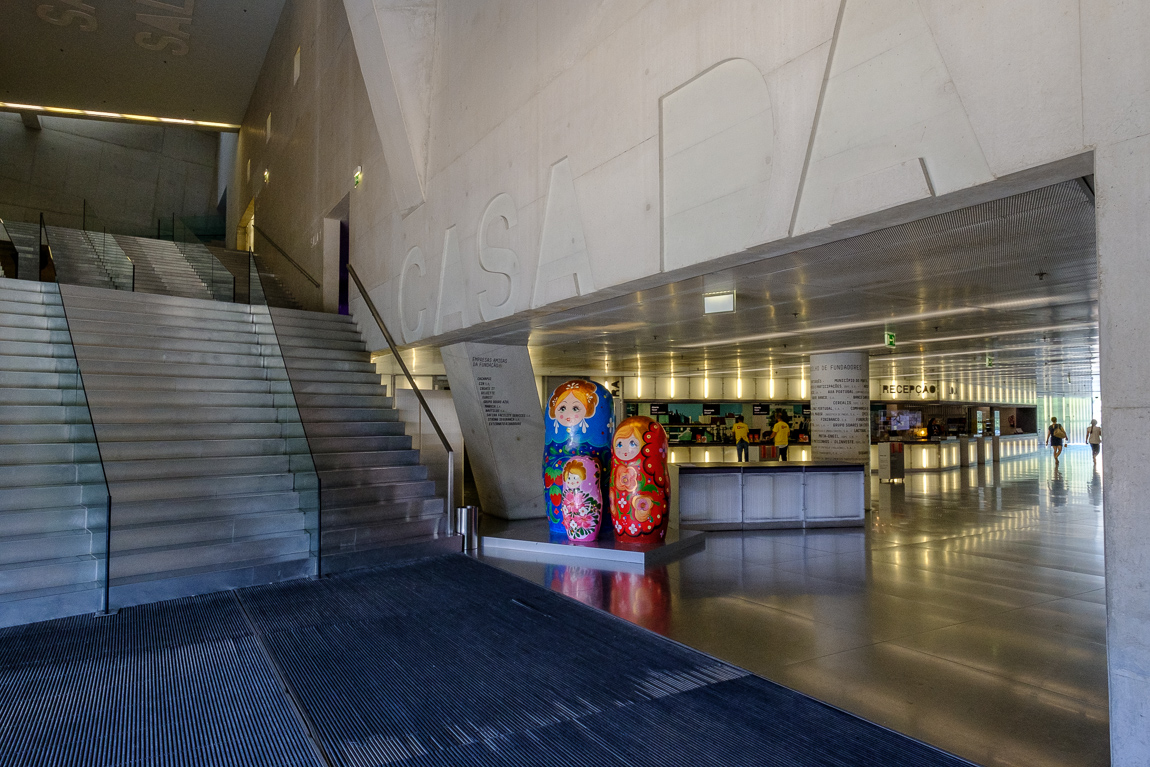 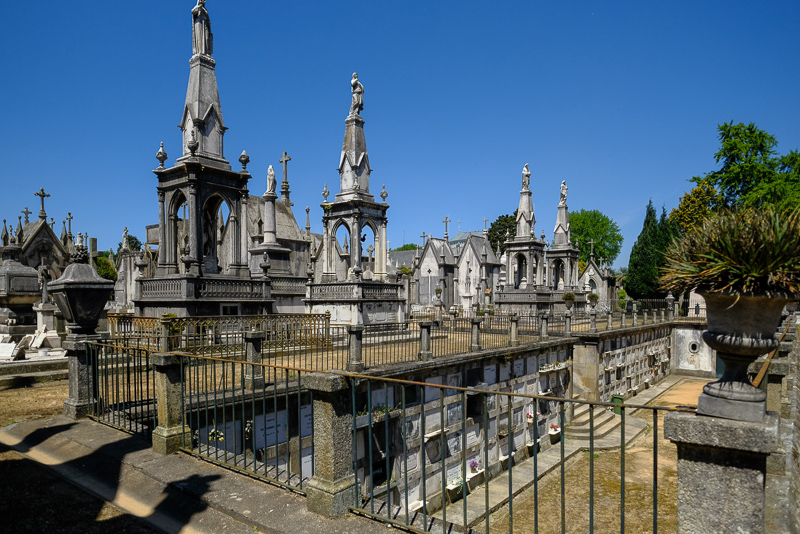 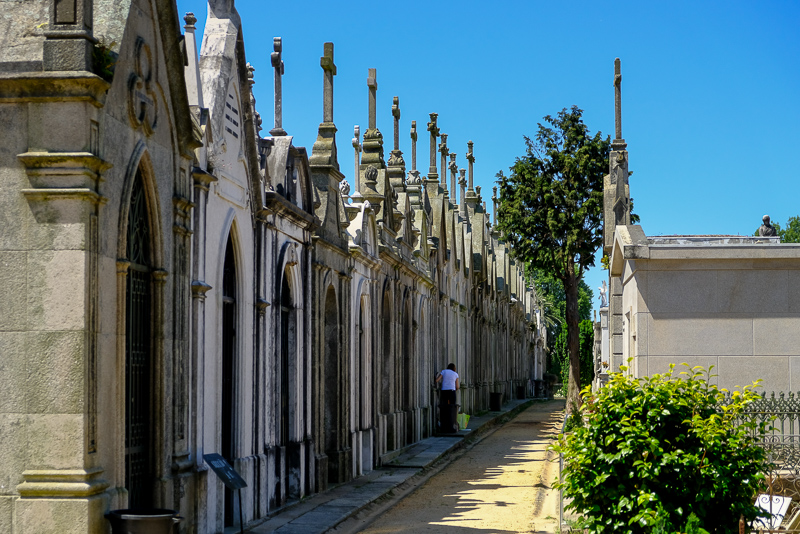 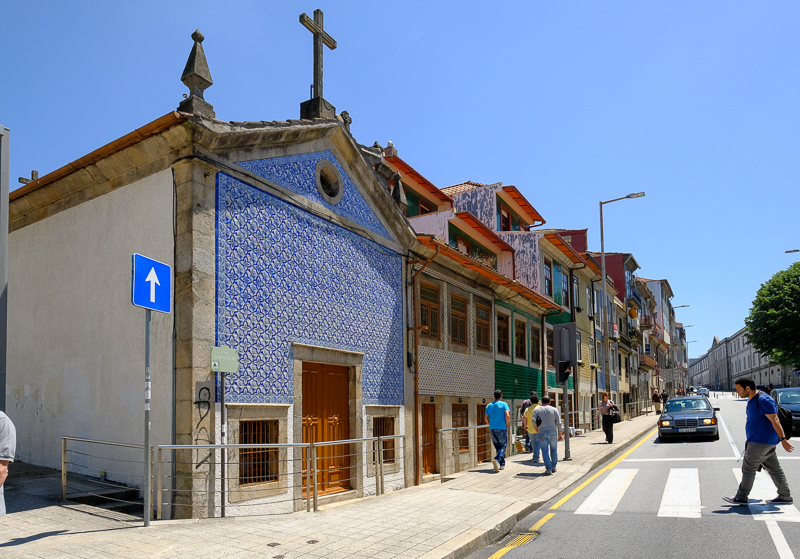 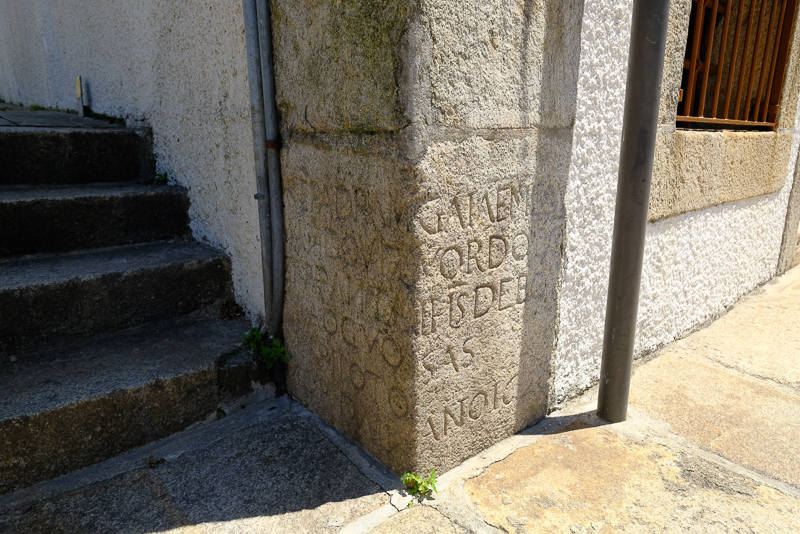 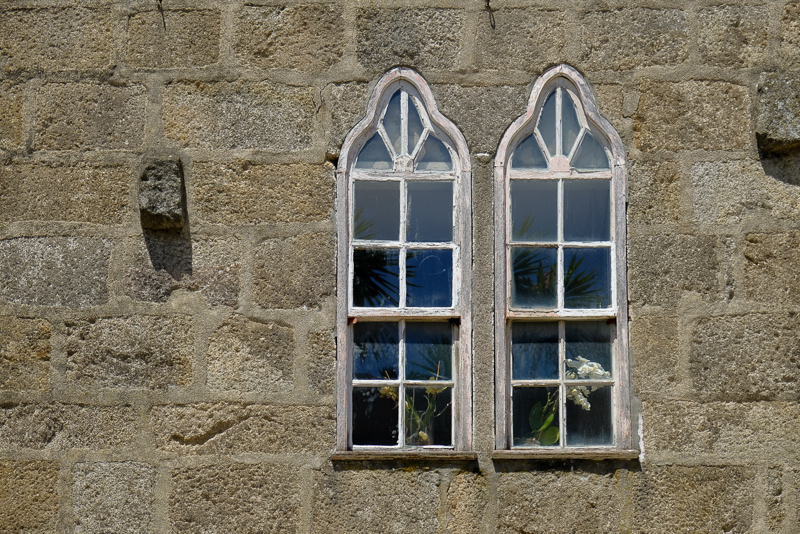 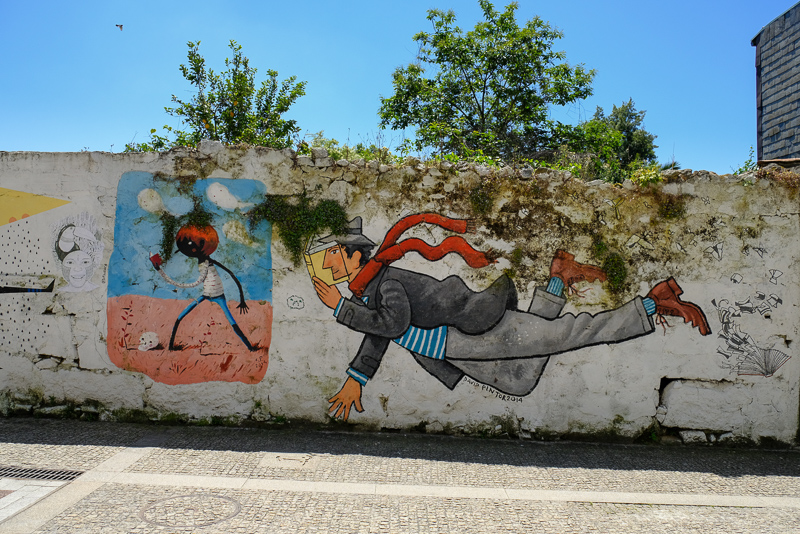 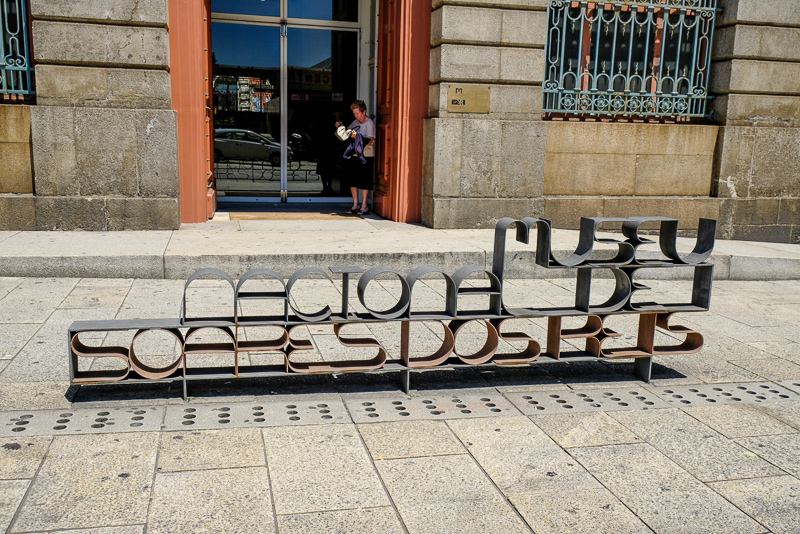 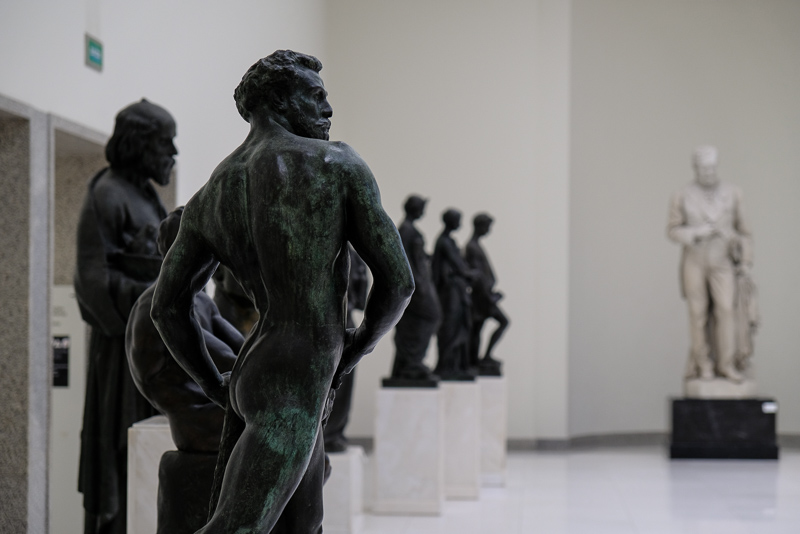 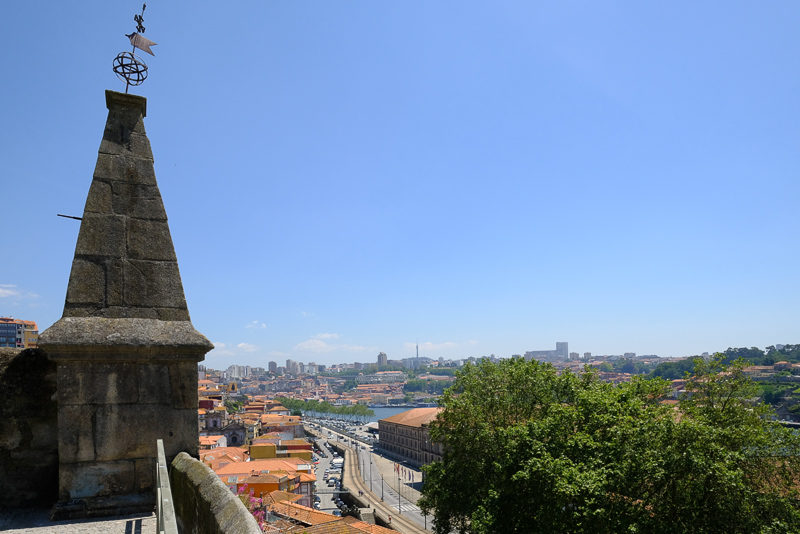 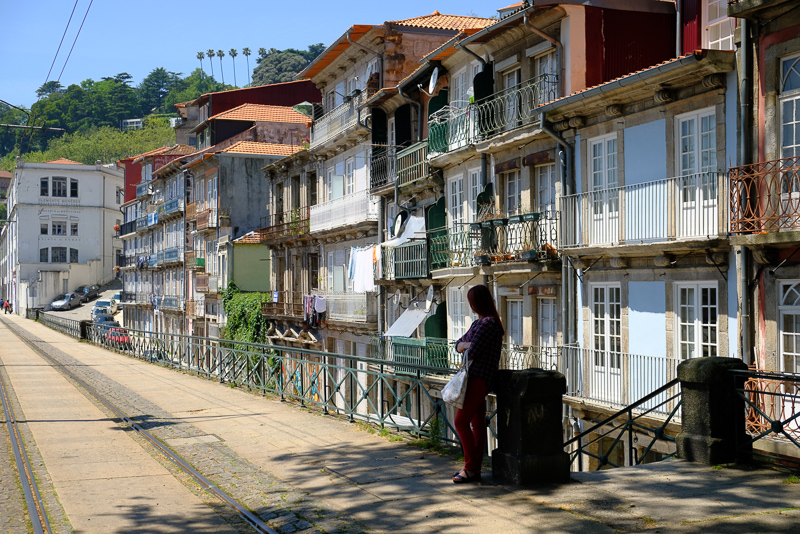 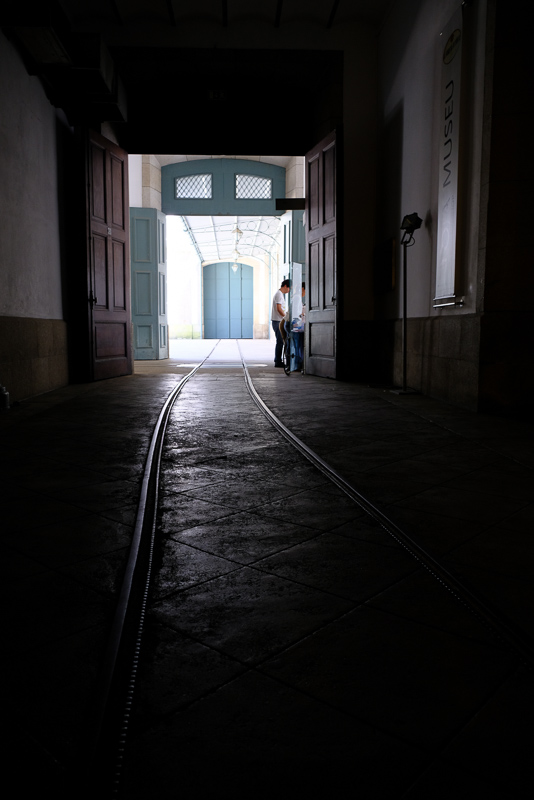 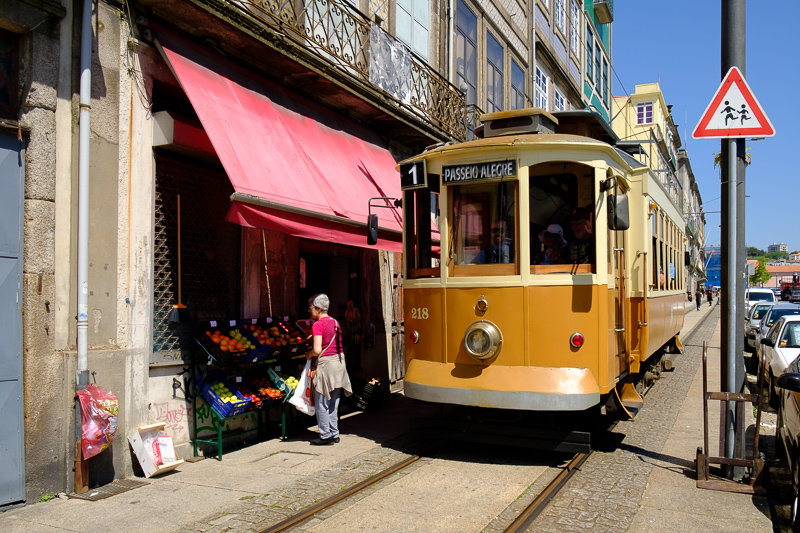 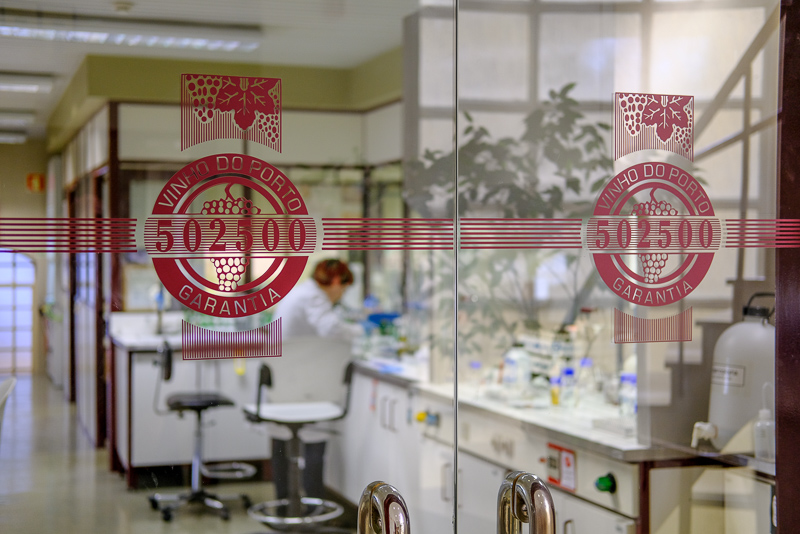 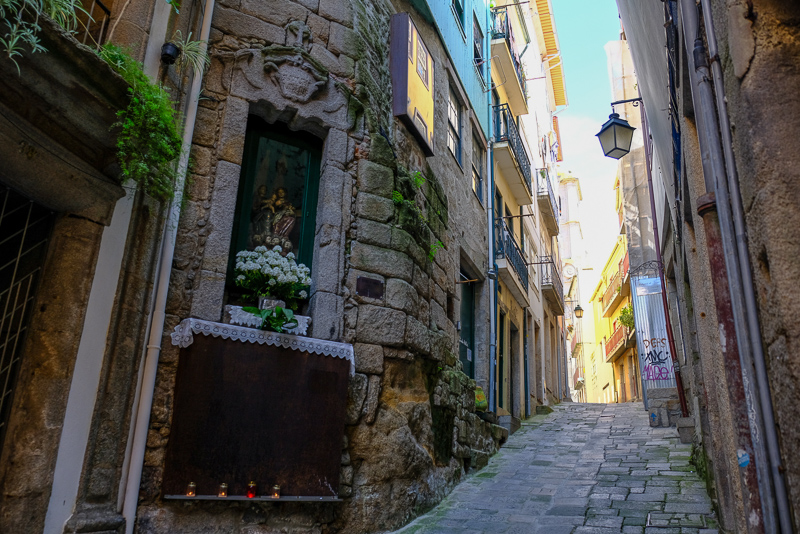 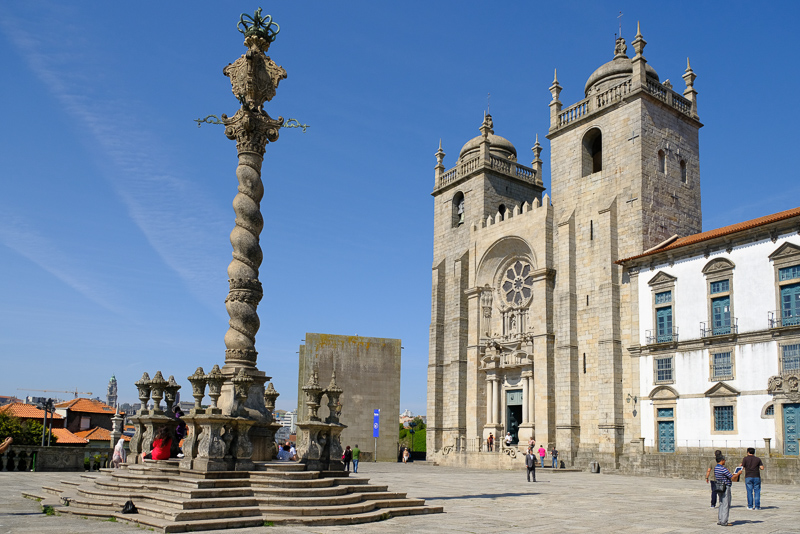 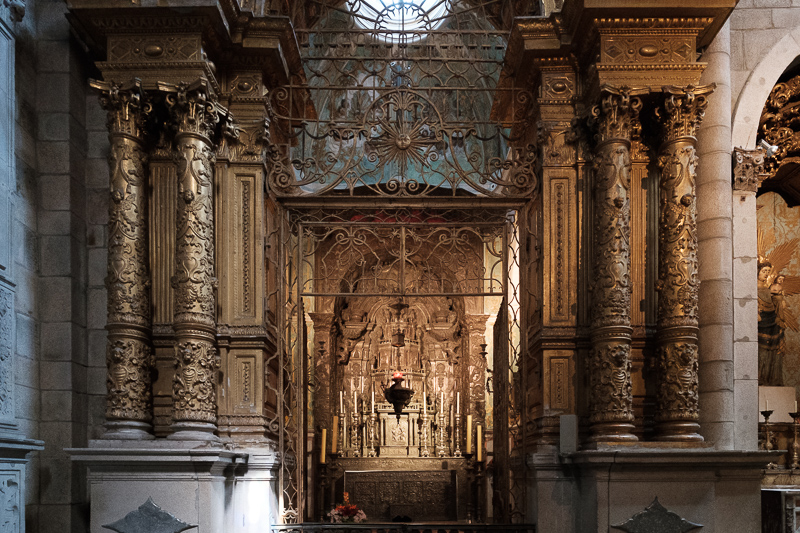